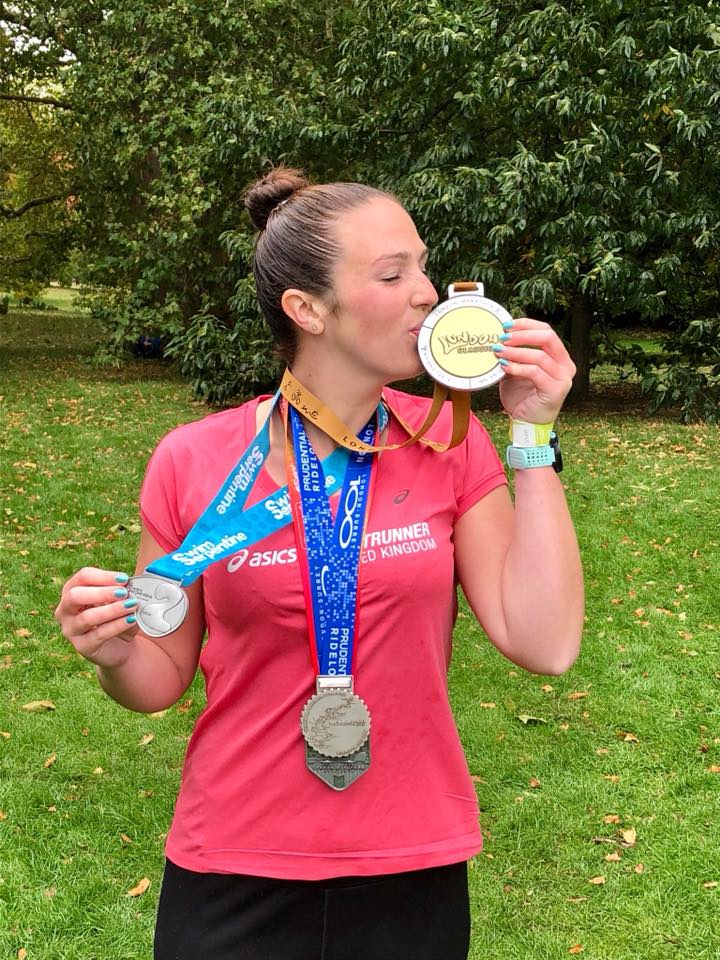 My running mojo didn’t just disappear after the marathon. It packed its bags, upped and left. I went from 50 miles a week to pretty much having the motivation to run 0. Post marathon come down is very real and very toxic. Going from smashing the distances and constantly ticking off new milestones and PBs to barely having the desire to put your trainers on and lace up is tough and in many ways soul destroying. It took my body a lot longer than I expected to recover and my mind even more. Am I quite there yet? I don’t know- but what I do know is the girl who toed the line at the London marathon start and the girl who crossed the finish on the mall are two somewhat different people. 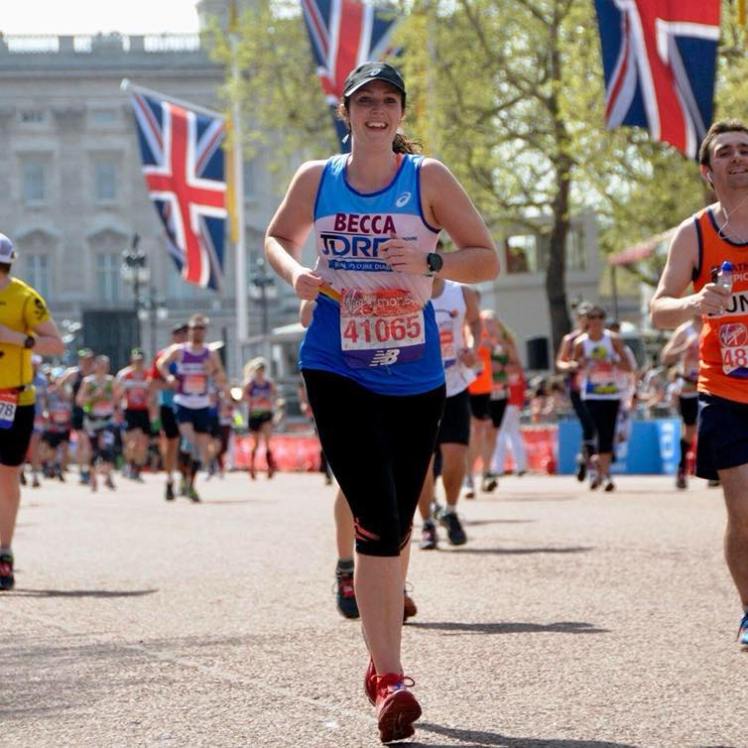 The marathon is a dream come true. I had longed for that day and the timing fell into place perfectly. The day itself was as perfect as could be given the heat and I gave up all my gold, silver and bronze goals just to finish safely. At first I felt like I had unfinished business, having not hit the time I trained for, but as the months passed I actually realise the marathon meant more to me at than I first realised. For I had run a marathon and not just any marathon, I had run the London Marathon. It is the pinnacle of my running journey, and once you’ve achieved one dream it’s hard to find another to chase.

I knew I had to do something. The marathon left me with a lot of curiosity about my ability and exactly what was possible. If I could run a marathon, what else could I do? But also, what else was I missing out on? I had just dedicated 4 months of my life to running every available minute, what else was out there?

I was lucky enough to get a ballot place for Prudential Ride London 100. I had been toying with the idea of taking part, but at the time didn’t even own a road bike. I read the small print and learned that if I accepted the place I could defer at a much later stage. With this on my side, I took a chance, one I certainly don’t regret.

I got a beautiful bike– I opted for a hybrid as I was so new to this and very nervous. I remember my first ride out with Betty the bike and how scared I felt. I was really unsure whether I would even make it to the ride London start line, but I was determined to give it my best shot. The rest of the training was a real whirlwind. I threw my all into it and it was possibly the steepest learning curve I have ever had. But for the first time since the marathon I felt a passion for training again and I was loving the journey. The cycle itself was the most mentally grueling of the three, not helped by the weather and a sense of loneliness through not knowing anyone out on the course riding a similar time to me. I would say that the cycle was the most challenging aspect of the London classics for me as I only learned to ride a road bike in May, I had to learn maintenance as well as train and I still find hills somewhat scary. 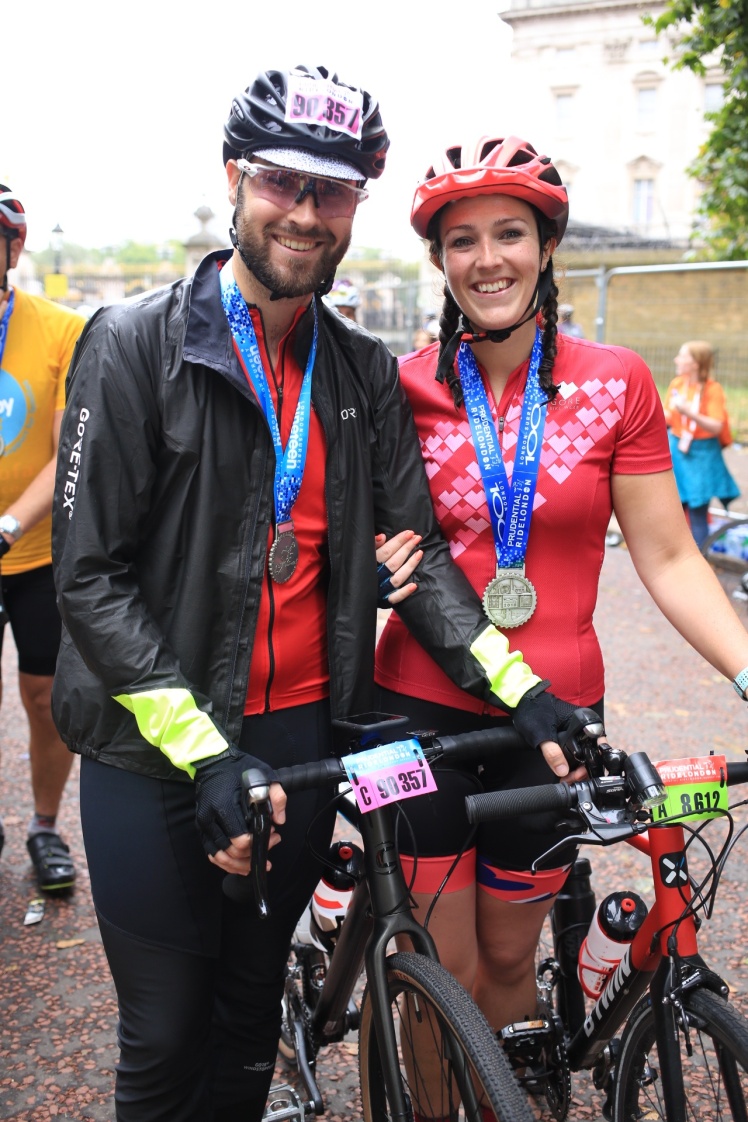 When the places for swim serpentine opened, I had this wild fantasy idea that if I could complete the swim I could get my hands on that shiny London Classics medal and truly cement myself as a Londoner. To have conquered all the great sporting events in my new home city- the place where I really feel inspired to run and take new challenges, would be a really fitting tribute to my life here. I completely overlooked the fact that I was terrified of swimming in anything other than a swimming pool and simply took the attitude that it was just something I’d have to get over. One wetsuit purchase later and I’m submerged in the murky depths of the Royal Victoria Dock. I had a massive fear of open water prior to this. Basically I found the whole idea of swimming in ‘dirty’ water, where you don’t know the depth, currents or what is lurking/living in it really frightening. But now since conquering that fear I find open water so soothing and liberating. I never thought I would swim in the serpentine with all the ducks! Out of the three classics I found this one the easiest, even though based on my crippling fears I should have found this the hardest!

Having the London Classics medal put round my neck after the swim felt amazing. To have not only completed the classics, but to have completed the classics in the space of five months is one of my proudest achievements and represents a summer of grafting, trying new things and pushing the boundaries.

So there you have it, my first marathon, my first time on a road bike and basically relearning to cycle and conquering my fear of open water. 5 months, 4 medals and a whole whirlwind adventure. London it has been a pleasure! 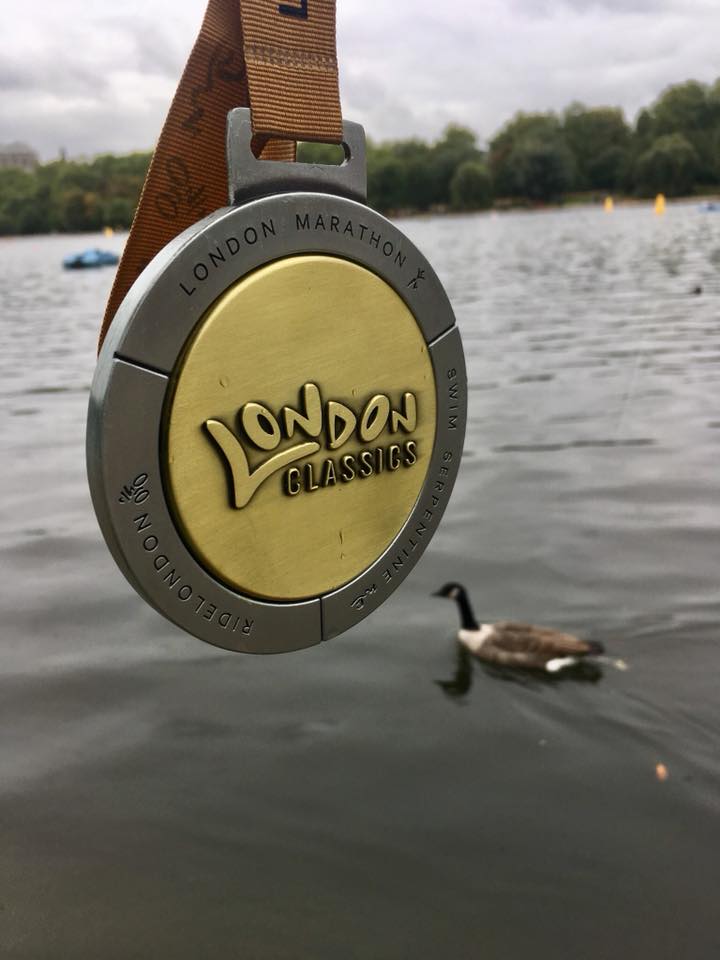