From non runner in 2016, to Asics FrontRunner of the year in 2017 to training for London Marathon in 2018, it has been a whirlwind 18 months and I’m excited for the adventure to continue. 2017 has been the best year yet. I’m so blessed and I can’t believe how lucky I have been. Thank you to everyone who has made this year so incredible. Here are just some of the highlights…..

Ran a half marathon….

And then ran two more. 2017 has been a crazy whirlwind of new running adventures and one of my proudest achievements is tackling my first half marathon- The Swansea Half Marathon. Up until I began the training for this, I had never run further than 11km (and I had only done that once in April 2017) and a half felt like an immense challenge. I wanted to do it to prove to myself I could. It wasn’t easy, I began to crumble after mile ten at Swansea Half and the last few miles felt the furthest and toughest miles I’ve ever run. But the sense of pride and achievement at the end was totally worth it. I immediately signed up to Ealing Half Marathon, I just knew I had to give the distance another go. Ealing offered a new challenge- hills and boy did my feet pay for it, but an improvement on my Swansea performance and a better knowledge of how to pace and fuel left me hungry for more. I felt strong at Ealing, despite finding the course and the weather challenging and I knew I wanted another go at those 13.1 miles. On the 9th October I ran the West Coast Half Marathon. A point to point half from Preston to Lytham St Annes. I felt the strongest I’ve ever felt whilst running that day. I ran my first negative split and I broke 1 hour 50 minutes which was extremely unexpected, then I ate a lot of chicken nuggets. For me, that was the pivotal race of 2017 and the first time I’ve ever actually thought to myself I can really take on a marathon.

You can read more about Swansea and West Coast Half in my previous blog posts.

This has been such a big part of 2017 and any success I’ve had in running is down to the encouragement of this team. From Olympians to amateurs, the team offered me a space to grow and learn about myself as a runner, knowing I had 50 people behind me all the way. I came to running in my late 20s, so I never had friends who ran, simply because all my long term friendships were formed at a time in my life when I didn’t exercise at all, and that’s ok because I have some pretty amazing friends, but to be given a running family- a bunch of crazies you can always turn to is a real blessing. This year we’ve been to Manchester, Warrington and Bath, raced, paced, volunteered, eaten way to much pizza, I’ve accosted a hedgehog, and I’ve stalked Jenson Button. These guys, and this team has put the biggest smile on my face. I’ve made true genuine friendships with people I felt I’ve known my whole life and I’m so honoured to have been named their female FrontRunner of the year- I thought I couldn’t top my PhD graduation in 2016, but FROTY is right up there and is my proudest achievement of 2017.  You can read more about the team here and in my dedicated blog post, and Holy’s post on the ASICS FrontRunner blog, plus keep an eye out for the application process. 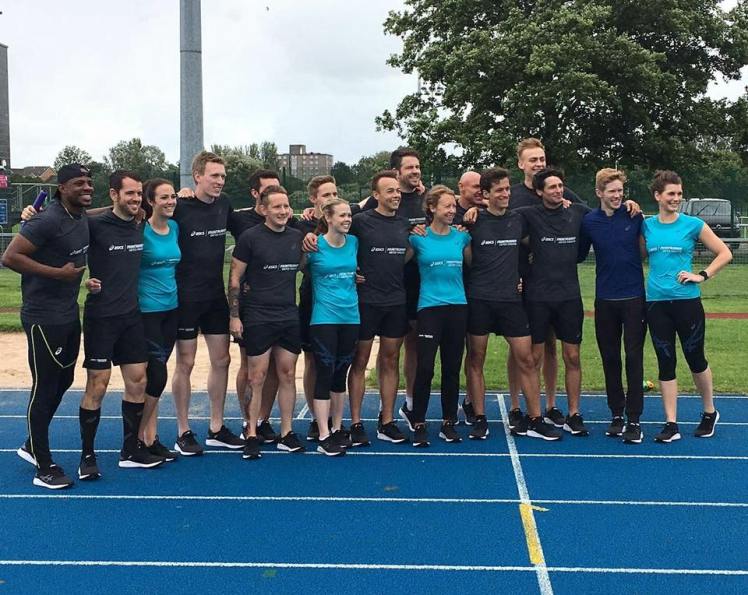 I couldn’t not mention this in 2017 as it was the biggest thing that happened. I found out I wasn’t being kept on at work any longer and had to really branch out of my comfort zone. I’m a firm believer that everything happens for a reason and I took this as the sign that the timing was perfect to move in with my other half after 7 years of trailing up and down the country doing the long distance thing. I arrived in London in May and I’m so pleased I made the decision to move. Yes I miss the peace and open space of the north, but I love this buzz of London, the multiple parkruns, the plethora of running events and the friends I’ve made her. I’m blessed to have found friends in the running community down here and I’m loving the opportunities that have come my way.

I started guiding in February at Southport parkrun. I had seen numerous guides assisting VI runners and felt really inspired. Up until then I always assumed that guiding was for elite runners, but I was keen to have a go. Its my favourite way to run, there’s nothing like having the company of another runner sharing the path with you. I want to say thank you to all the VI runners who put their trust in me this year. You have delivered some of the best running experiences and I am truly grateful to share your accomplishments with you. I now guide 5k and 10k and will be moving up to half marathon next year.

This year I became one of those people who runs on holiday. I always used to think those people were weirdos and now I’m one of them (and proudly so). Running whilst on holiday helps me to relax, avoid feeling sluggish and its provided some really enjoyable memories. In January we headed to NYC where I ran the Cocoa Classic 5 miler through central park in -12 celcius and with a substantial amount of snowfall. It was incredible. In September I experienced the opposite end of the spectrum and got in some of my last runs before Ealing, in whilst on holiday in Marrakech. I definitely think running in the heat helped me cope with the hot temperatures we had at Ealing the following week. So in 2017 that’s 3 continents run on, and we’re heading back to NYC to run some more!

Something every runner dreads. My first injury came in March 2017, where a sudden and extreme bout of plantar fasciitis left me on crutches and off work for 8 days. Thankfully the rest and 3 weeks off running meant I was able to make a quick recovery. I went absolutely stir crazy for those 3 weeks though.

I always branded myself a ‘road runner’ but in September I had a dabble with trail and I loved it. The tough 10 for cancer research certainly was tough, but my experience of trail certainly left me thirsty for more. I found the descents truly terrifying but wouldn’t rule out another trail race and would love more experience in this discipline.

2017 is the year I made it my mission to give back. The running community gave me so much in 2016 its only right to contribute. I’ve found a love for volunteering at parkrun, I’ve tried pacing, guiding, marshalling and barcode scanning. I’ve got to say, pacing is a real favourite as helping runners to new PBs is an incredible feeling, although I do love cheering people on whilst marshalling and congratulating them at the end when I scan their barcodes. In 2017 I volunteered 12 times at parkrun and I will be continuing this in 2017. Please do give it a go, its actually more fun than running it yourself!

I always thought that running clubs were for elite runners, then when I entered my first 10k race since 2014 (where I spent the entire time in a daze trying not to throw up) I spotted so many people proudly wearing running club tops. At this stage I felt quite a lonely runner so decided to give it a go and signed up to Red Rose Road Runners. I never looked back, I’ve made some incredible friends and now I live in London I really miss the long Thursday night runs. I still try to run with my club mates whenever I’m up north, there is nothing quite like racing and hearing those words “come on red rose” to spur you on.

Had a personal worst…

And it was the best thing to happen to me, You know what, life isn’t made up of shiny PBs and great races. Its important to take the rough with the smooth and grow from both the good and the bad. There’s nothing like a sub par performance to make you take stock, learn, grow and smash it next time. Personal worsts are the foundation to build personal bests.

I still can’t believe that in 2018 I’ll be running the London Marathon and I’m so honoured to be running it on behalf of Corey and JDRF. It’s a true dream come true. I started my marathon training this year, spending October and November gradually building up to my longest run of just over 22km. I’m excited to get stuck into my training in January, I know its going to be hard but I’m ready and I’m looking forward to sharing the ups and downs with you all.

Not a particular highlight of the year but one I wish to speak about nonetheless. I, like many people on Instagram have experienced trolling. I completely understand that when you put yourself out there you open yourself up to negative feedback, but what shocked me was this came from within the running community. It’s not pleasant and at the time it destroyed me, it felt like an unrelenting personal attack on my content, my character and my choices. Tom Bosworth offered me a fantastic bit of advice- everyone is entitled to their opinion, but that doesn’t mean you have to accept it. At the time I never spoke out about it, I don’t think bullies deserve air time, but I will say this if you ever find yourself in this situation, take Tom’s advice, dust yourself off and continue being you- no one can dull your sparkle. Thank you trolls for making me a stronger person.

Its no secret, I love parkrun and I’m so happy to have completed over 50 runs. I always used to look at peoples’ 50 club t-shirts and feel amazed that someone could be that dedicated and now I’ve done it! I’m ending 2017 on 54 parkruns- with 31 runs completed this year.

In all honesty, yes! I wish I had trusted myself a little more. In the earlier half of the year I didn’t believe I could run a half marathon. I feel like this has held me back, there are a lot of races I wish I had entered (London Landmarks and Berlin Marathon to name a few) that I simply didn’t bother signing up to because I didn’t believe in my ability to train for them let alone complete them. Going forward I need to trust my ability, believe in my self and go for it!

I’m sad to say bye to 2017 but here’s to 2018- the new year has some pretty big shoes to fill! Wishing you all a happy and healthy new year xxxx 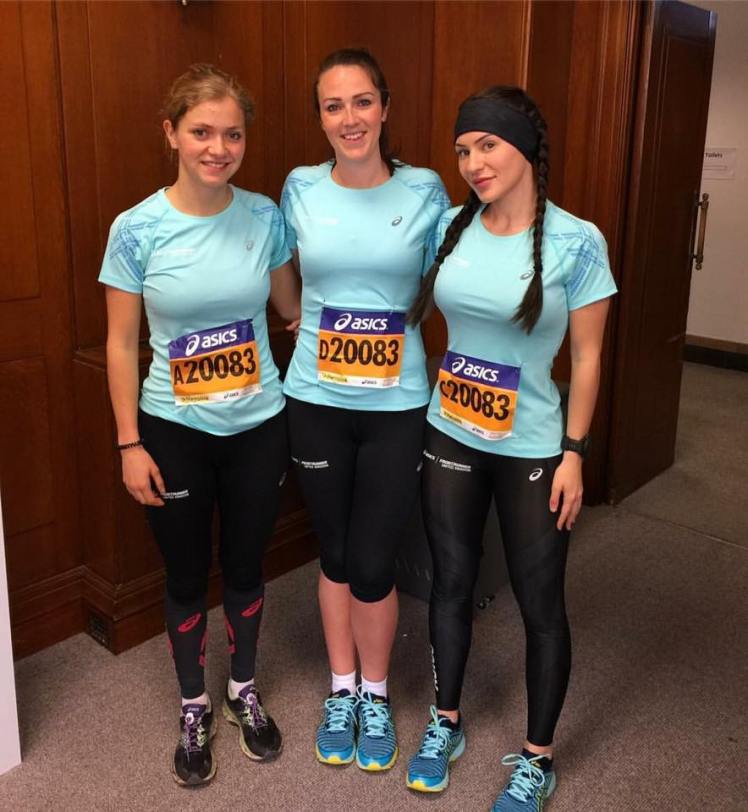 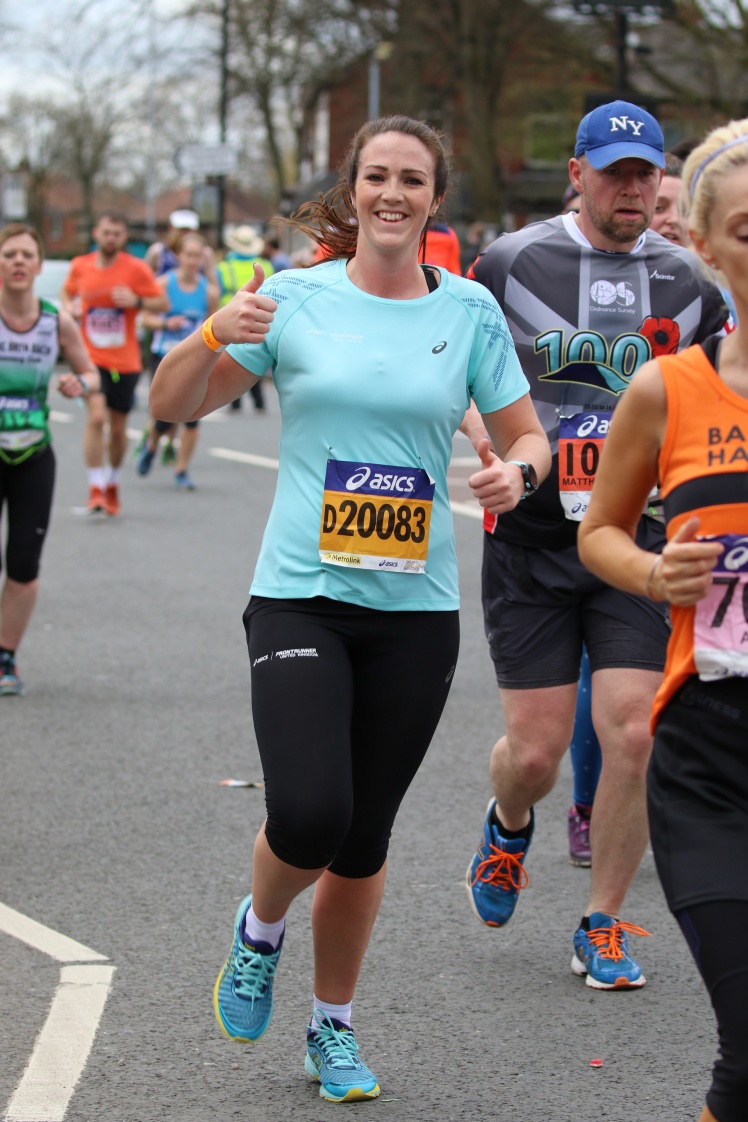