I still can’t believe I’m typing this, but in December this year my ASICS FrontRunner UK team mates voted Pete Nicholson and I their FrontRunners of the year. It was a shock to have made it onto the team back in February, so to be ending the year on such a high note is a dream come true. Everything has been such a blur since this was announced in December and I now want to just take a minute to express what this means to me.

Ahead of our UK Christmas meet up we were all asked to vote for a male and female F.R.O.T.Y. which would be announced at the Bath weekend. Having to choose just two people felt almost impossible. The UK FrontRunner team is made up of an absolutely incredible bunch of running crazies and I have so much love and respect for every single one of them.  There are Olympians, sprinters, crazy distance runners, crazy fast runners, triathletes, students, professionals, working mums and elves (ehm Pete). In all honesty I sometimes felt lost in amongst all the amazing runners.

To find out I had been nominated to be in the final 3 ladies was a shock and something I really didn’t expect. Without sounding cliché for me just being nominated felt like the biggest win. I think everyone has days where they question their ability as a runner. Having just accepted a place in the London marathon earlier that autumn I frequently found myself questioning if I could really do it and even though I was excited about the challenge ahead, I often felt daunted and doubted myself. For me, that nomination helped get over the mental barriers and self doubt. My team mates believed in me, it was about time I started believing in myself. The nomination allowed me to relax, settle into my marathon training and just get out of my head and stop overthinking- it did not matter that I didn’t run the furthest or run the fastest, I had come so far already.

Anna and Lis were the other two female nominees and my word, two absolutely incredible ladies fully deserving to make the final three. Lis is a doctor from Manchester and is an absolute inspiration to her patients- promoting healthy living through an active lifestyle and balanced diet (serious food envy whenever I see her post on Instagram). The intervention of my GP back in 2010 sparked my journey to fitness and weightloss and Lis’s patients are so lucky to have such an incredible role model. She is also a fantastic runner and a sub 3 marathoner. Anna is a fantastic example of resilience, overcoming a life changing attack and coming back an even stronger runner. She has run numerous half marathons, marathons and ultras including 3 100km+ races. Anna also has the most beautiful dog – Dash! 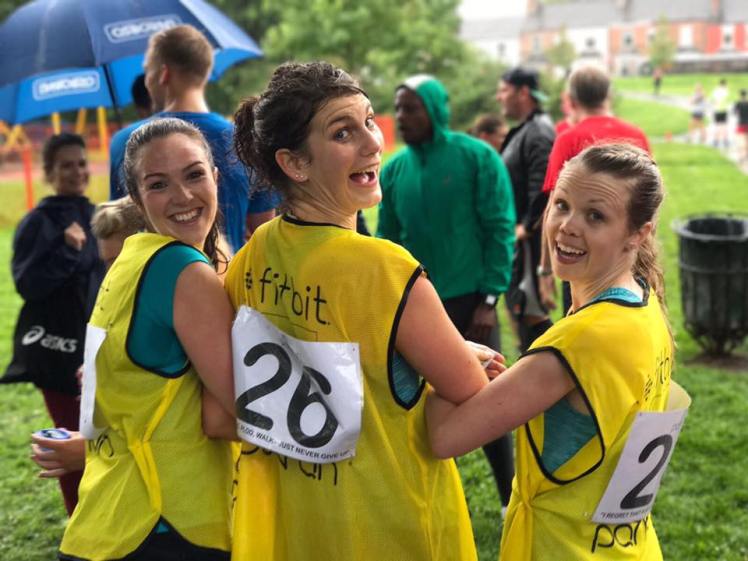 For the boys, the nominees were: Aaron, Eddy and Pete. Aaron has used running for physical and mental health benefits and to take back control of his life. He’s a superstar and he’s paced me to two fantastic half marathon times (whilst listening to me grumbling about wanting a Lucozade and pointing out every dog on the route). I would have given up on myself at Swansea if it wasn’t for Aaron, he’s always ready to help others out. Eddy is a powerhouse. Just 20 months after being in remission from leukaemia Eddy had completed a marathon and an Iron Man. Eddy proves you can fight cancer and not only win but come back stronger. His outlook on life and his honesty about his diagnosis, treatment and recovery is inspirational and sends out so much hope.  He’s also the tallest person I’ve ever met 😊

Pete took the title of ASICS F.R.O.T.Y for the boys. Pete’s an absolute nutter, banana man and running elf. He’s got such a kind heart and is forever making the team laugh with his infectious zest for life. Pete has recently run 3 ultras in 4 months with the hope of making it to the CCC Ultra Mont Blanc. The prize is a trip to the ASICS training camp in Mallorca (we are going in October) I genuinely think Palma won’t know what has hit it and I have some concerns we may not be allowed back into the UK, haha.

These guys and girls are just five of our amazing team. The FrontRunner UK team is one big crazy running family and in January we will be looking for more running addicts to join us. You don’t need to be fast, you don’t need to run far. All you need, is to be a passionate runner and want to share it with the world. Pork pie bribes may also work *cough* Holly Rush *Cough*

Look out for the applications on the website and register your interest! 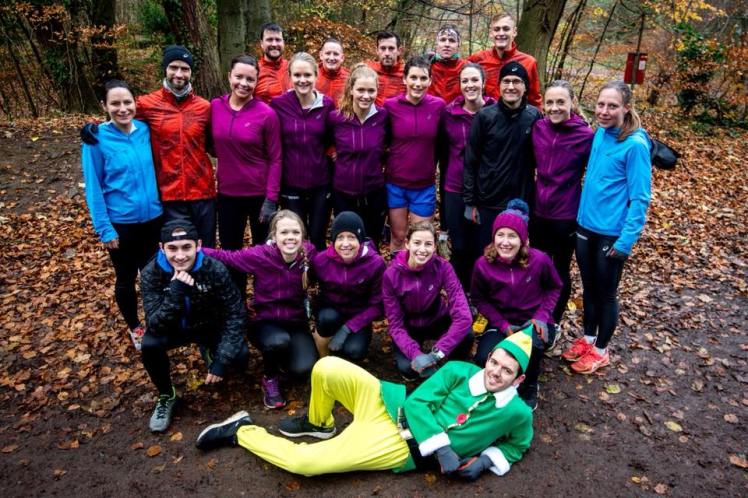 One thought on “ASICS UK FrontRunner of the year”