Spooky sunsets, zombies and a backdrop of autumn leaves set the scene for the London Trick or Treat Run 2017 hosted by the Human Race Events and Breast Cancer Care on the 28 October 2017 in Southwark Park, London. Having never experienced a Halloween run before I had no idea what to expect, but the Trick or Treat run was a real treat and exceeded all imagination.

I love an excuse to dress up and Halloween is no exception. This year I chose to go as a zombie, complete with A LOT of fake blood, which made for a very interesting tube journey. After a great deal of double takes and making two children cry we arrived at Southwark Park, and caught a first glimpse of the spooky set up for the race. After meeting up with friends we headed to the start where we were treated to a Thriller warm up routine which set the tone for the evening ahead. The atmosphere was incredible, everyone was in good spirits and eagerly comparing fancy dress costumes. Once warmed up we headed to the start, where we were set off in waves to battle our way through pumpkins patches, a haunted graveyard, zombies and a spooky forest.

I certainly had a VERY interesting journey on the tube…..
Photo credit: @laurajbrine

The decoration on the course was incredible. The organisers and volunteers had really gone all out. One particular highlight were the zombies, who weren’t afraid to put on a bit of a chase, which certainly made you run faster. As the daylight began to fade the park began to look even creepier and the extent of the effort that the volunteers had gone to, was further highlighted. The water stations were offering witches brew (water with green food colouring) it was little touches like this that really added the additional attention to detail. I think I was supposed to be scared on the way round but I couldn’t stop smiling, it was such a fantastic event! 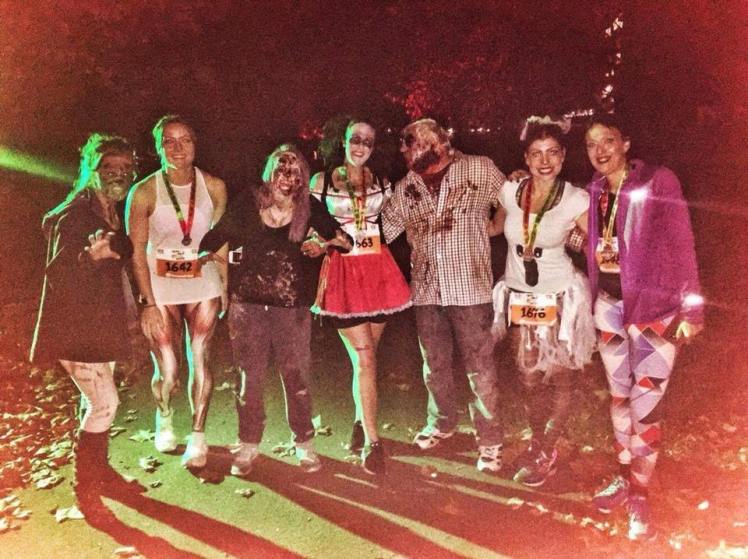 The zombies were a real highlight and we couldn’t resist going back for a post race photo! With @laurajbrine @fitcetera @running.to.vlm.2018

After two laps of the park I sprinted towards the finish and foolishly ran straight into the trick zone, where I had to complete a task involving slime before being given a slim shot, my medal (WHICH GLOWS IN THE DARK) and some sweets. We then had a quick dance about to the live DJ before walking back around the course to catch a final glimpse of all the Halloween décor.

Without doubt we had an absolutely fantastic evening at the London Trick or Treat Run. If you’re a serious racer, this one possibly isn’t for you as there is no chip timing and you can’t help but get distracted by the zombies! But it’s a fantastic race to enjoy with friends or family and there was a real mix of ages, from young children to us adults! One other thing to mention is the fantastic marshals, the helpers around the course really made the event. They were friendly, helpful and really got into the spirit of the event. I absolutely rate this event, a great way to spend Halloween (and even better that the event raises money for charity) and I certainly hope to be back next year!

Meeting up with fellow blogger Sophie, catch up on  her blog here 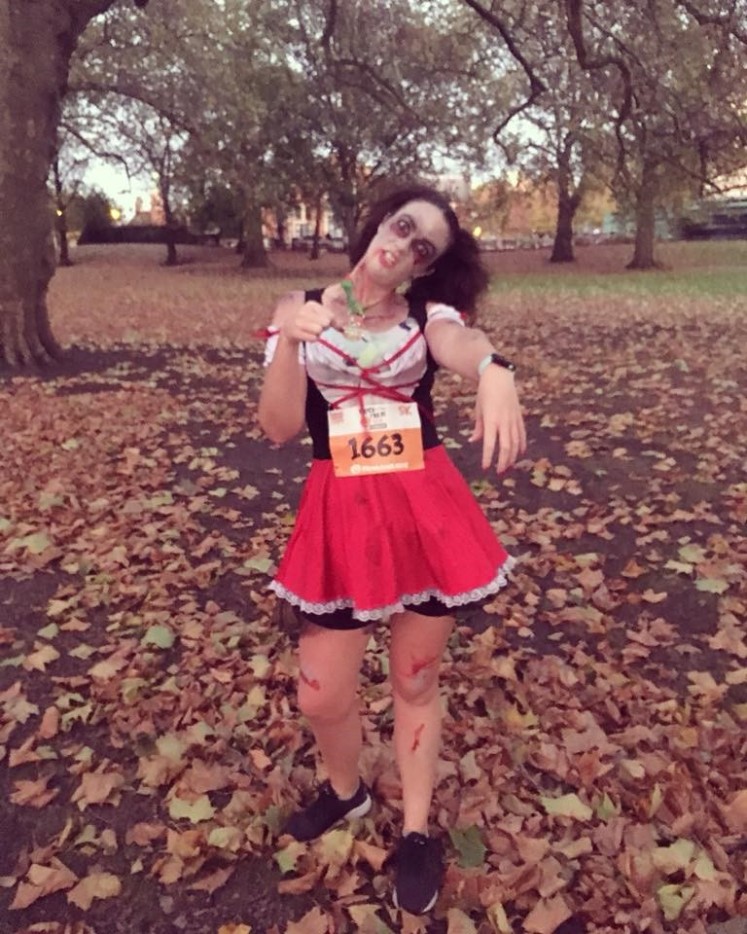 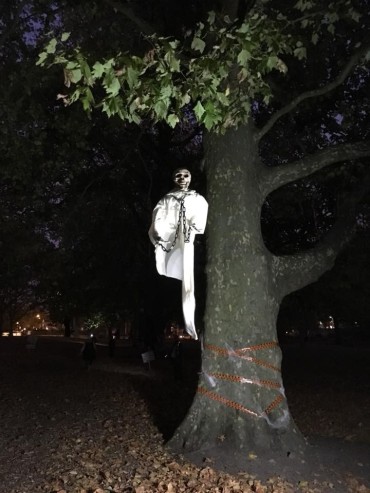 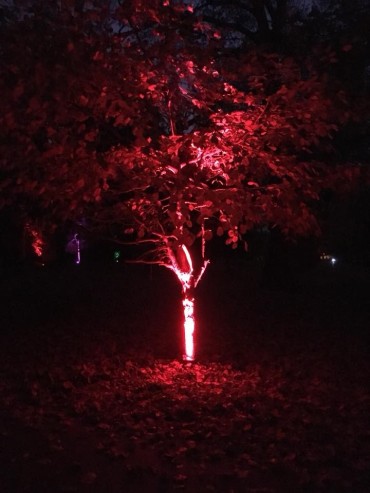 Just some of the incredible Halloween decor!