Back in February, I found out that I had been selected for the ASICS FrontRunner team for the United Kingdom. I applied in January, having seen adverts on Facebook and Instagram, and in all honesty I wasn’t fully sure I could apply. I had seen incredible photos and running stories from other European FrontRunners and I wasn’t sure I was ‘good’ enough, however in the interests of pursuing my running dreams I gave the application a go and had everything crossed.

When I hadn’t heard back, I assumed I had been unsuccessful. One evening after a terrible day at work and two exhausting Zumba classes I came home to find an email related to my application waiting in my inbox. I said to myself it would only be a generic rejection and I vowed not make my day worse by opening it.

I had been quite mean to my Zumba class that night and we had done a massive Zumba Toning session focussing on arms, leaving mine in an absolute jelly state. Scrolling through the rest of my inbox on my phone, my shaky hand accidentally opened the FrontRunner email, and to my delight I found I had been accepted and was invited to the launch weekend! I spent the next hour running round my house screaming and barely slept that night through excessive excitement.

I woke up the next morning doubting everything, assuming this was either a mistake or too good to be true. I responded to the email accepting my place and checking there hadn’t been a mix up. I spent the next few weeks searching through the relevant hashtags ASICSFrontRunnerUK and ASICSFrontRunner and found more UK based runners who had been accepted. I soon began to realise what a diverse set of runners we were and that it was my passion for running that had secured my place, not how fast or how far I could run.

Two months after that email I feel prouder than ever to be part of the FrontRunner family. Having met so many incredible runners at the Launch Weekend in Manchester I feel like part of a supportive running community. This is massive for me. Coming to running in my mid 20s means I don’t really have any ‘running friends’ the friends I do have I met through school, college or university and we all have very different passions. My family aren’t into running and I don’t get excessive amounts of support from them (they think I’m mad). My boyfriend is probably the only one who listens endlessly to my running escapades, even though he isn’t a runner (I’m working on that one). However through the FrontRunner team and Instagram I feel connected to so many people who share my passion. I am so blessed to have this opportunity and can’t wait for all the running adventures 2017 will hopefully bring. 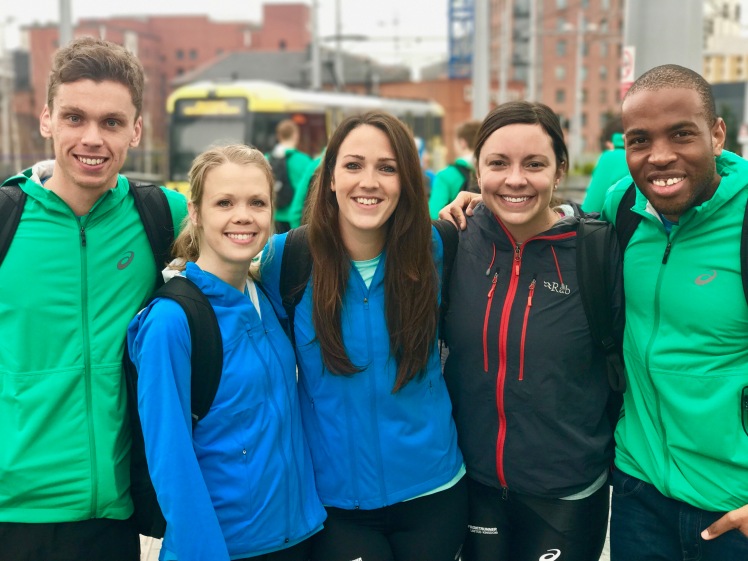 2 thoughts on “Making it onto the ASICS FrontRunner UK Team”