Seven years ago I couldn’t run for a bus, let alone contemplate a half marathon. Now I can’t believe that there was ever a stage in my life where I didn’t run. 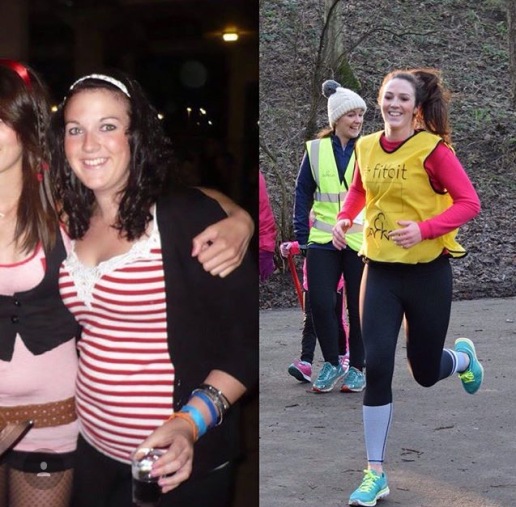 I stumbled across running by chance. Whilst studying for my BSc degree I was a member of a local gym, and had managed to shift around 3 stone through dedicated gym sessions. Working out soon became a habit, however when my local gym shut down I needed to find another way to continue my workout regime.

I turned to running. It was cheap, I could run anytime/anywhere and it was a fantastic way to get outside and have some peace and quiet away from busy student halls. I would head out before or after lectures, and I had a set route that I would usually do. I never knew how far this was, all I knew was that it took around 45 minutes to run and I would base my progress on how long it took to complete. I continued to run throughout that Summer and during my third year at Uni, eventually losing 5 stone- a third of my bodyweight.

In May 2016 I lost my beloved childhood horse to a very sudden and aggressive illness. Having owned horses my entire life I felt lost, especially on Saturday mornings when I would usually be at the yard early. The low point came when one morning I headed down to the stables as was usual, only to be reminded of the stark reality that I was horse-less. I made a vow that morning that I needed something to fill my Saturday mornings and when I saw a post on Facebook about a local Parkrun I decided to give it a go.

After my first run I was hooked. The atmosphere was incredible, the people were welcoming and suddenly I felt like I had a purpose again! The more I ran, the more confident I felt about running and the happier I felt in myself. During the Summer of 2016 I was working part time and completing my PhD thesis, so Parkrun gave me 30 or so minutes to myself where all I could focus on was running. I genuinely think that finding Parkrun was a major turning point in my life and prevented any PhD related dramas.

By the end of 2016 I had completed 23 Parkruns. I even went on Christmas Day morning, a time when I usually would have been at the stables with the horses. In January 2017 I kickstarted the year with the NYC Runs Cocoa Classic 5 miler through a very snowy Central Park, followed by the Southport Mad Dog 10k in February where I clocked my fastest ever 10k time at 48:50. Also in February, I found out I had been selected for the ASICS FrontRunner UK and Ireland team. ASICS is an acronym for the Latin phrase ‘anima sana in corpora sand’ meaning ‘a healthy mind in a healthy body’ and for me being a FrontRunner represents the healthier lifestyle running has given me- both mentally and physically. I am so blessed to have this opportunity and I’m enjoying every minute. I still attend Parkrun whenever I can, it is my favourite way to spend a Saturday. I’ve also been volunteering as a Guide for visually impaired runners at a local Parkrun. 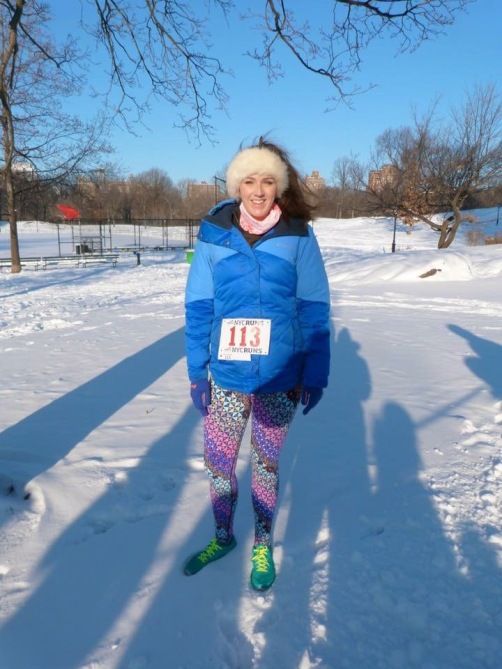 My take-home message from my journey to becoming a runner, is that you don’t need to be the fastest, run the furthest or have spent years and years training to be a runner. You don’t need to be able to run 5k to attend a Parkrun (loads of people walk). You just need to give it a go, believe in yourself and you never know- it might just change your life!

Park run is a weekly, timed 5km run, walk or jog, held at 9am Saturday Morning at many locations across the world. To get involved simply register on their website, print your bar code and bring it along. For more information click here.